What an exciting week we’ve had! 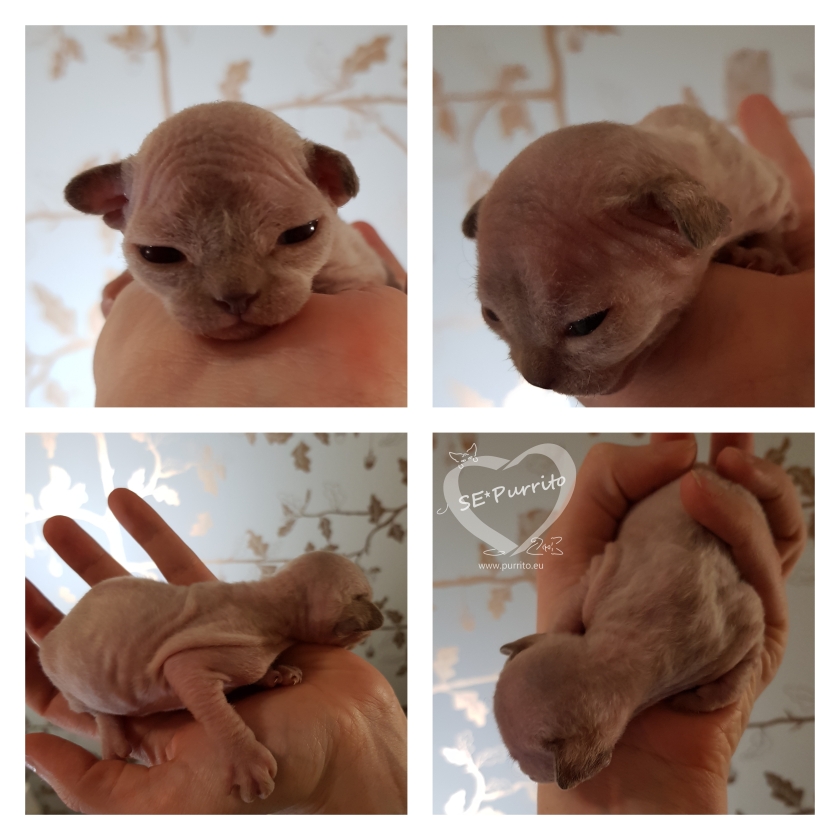 I was the first to be born. I weighed 92 g, and now I weight 176 g! My nervous system has been developing, espeically while I sleep. I’ve kicked my brother in the head a few times, and definitely blamed it on my nervous system jitters. Also, we have two mums, and I really love both of them.

I weighed 93 g at birth, but have moved up in this world to 158 g! This week I learned something important… I learned how to hiss! I’ve hissed at my human mum when she picked me up without asking! I’ve also developed quite the voice, and my mum says I will make a really good punkrock singer one day! MEEEEEEEEEW! 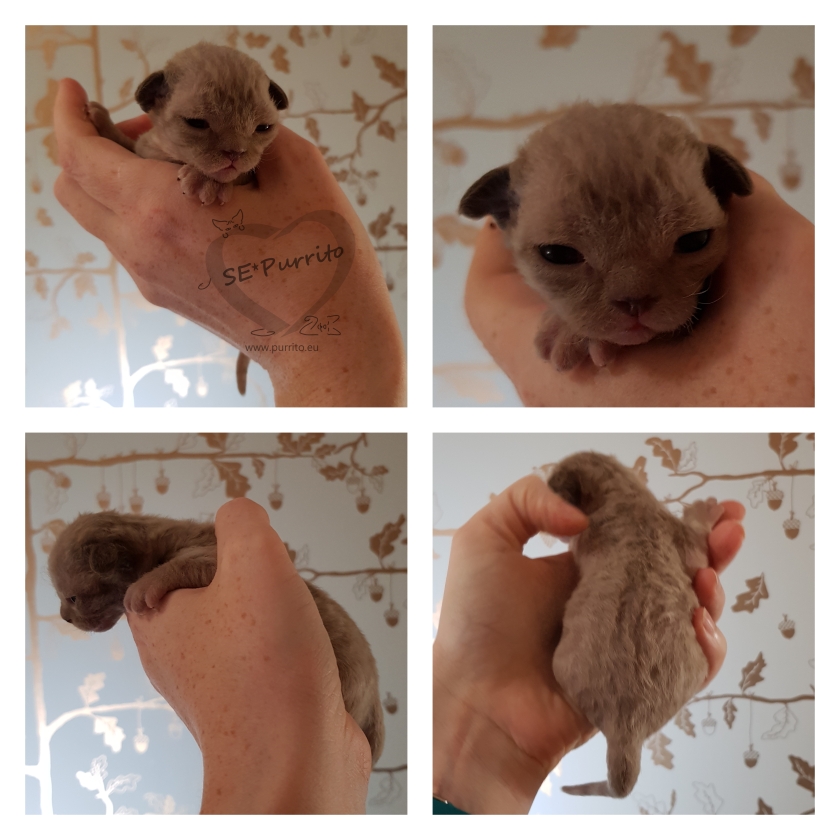 I was born running! Or at least creeping! The second I was born I was on the move. I started life at 97 g, and now I’m the heaviest of the bunch at 190 g. I’m not afraid to use my weight to help get more milk! But I’ve got to go do kitten things right now! 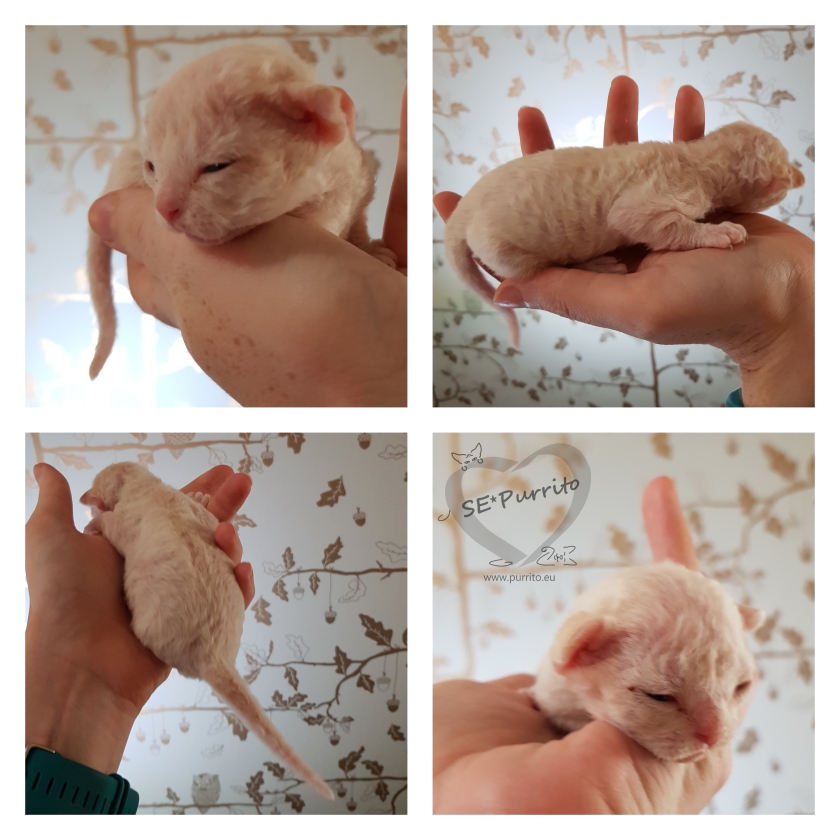 I’ve eaten so much milk! It’s my favourite! I started at 79 g, and even though I was smaller than my siblings at the beginning, I’ve now caught up and weigh 184 g! Near the end of this week I started being able to hear! I heard a jaguar named Bruce hiss at me! I also saw a lion named Noodles who says he’s my daddy. I can feel the resemblance.